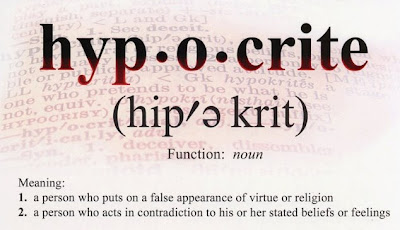 Back in April, when the North Carolina Republican Party planned an ad about Wright, McCain said (quoting from a NY Times Article):

“There’s no place for that kind of campaigning, the American people don’t want it, period,” Mr. McCain told reporters on his bus this morning. He said he had not seen the ad and hoped that he wouldn’t, but that he had been given a description of it.

“I understand that it moves numbers, negative ads do all that, but that doesn’t mean it’s right,” Mr. McCain said.

Fast forward to today. John McCain and his campaign are releasing a barrage of attacks, trying to tie Obama to William Ayers and Reverend Wright. Weren't these the exact tactics McCain himself denounced?

UPDATE: A former teacher of mine had the following comments on this post; quite insightful, so I thought I would share:

"Guilt by association is a terrible tactic for McCain/Palin. They've opened the can of worms re: McCain's association with Charles Keating and the Lincoln Savings & Loan debacle for which McCain was reprimanded by the senate for "poor judgement." More troubling is the fact that in the 80's he was on the board of the U.S. Council for World Freedom, a group with ties to Nazis and neo-Nazis that the ADL classified as anti-Semitic. And Palin has some serious background issues as well. She was not a member of the AIP but her husband was. Hmm. Guilt by association? Do the Republicans really want to go there?"
Posted by adamabaum at 1:08 PM