The Specter-Toomey Ad: Point By Point

As I announced last week, I have begun more professionally blogging over at PA2010.com since the big site launch. Today, I posted a piece I am particularly proud of that does a frame-by-frame analysis of Arlen Specter's initial campaign attack ad against Pat Toomey, who recently bested him by a 20 point margin in a Rasmussen poll of Pennsylvania Republicans. I hope you'll check it out.
Posted by adamabaum at 11:59 AM No comments:

This video just made me smile. It an amazing mash-up of people all around the world singing one of my all time favorite songs, "Stand By Me." Watch it to be cheered up!


Playing For Change | Song Around The World "Stand By Me" from Concord Music Group on Vimeo.
Posted by adamabaum at 9:34 PM No comments:

I just received this e-mail from DCCC Chair Chris Van Hollen. Looks like its official - Tedisco has lost. Just when you thought things couldn't look any worse for the Grand Oil Party...

Dear Adam,
We did it! Scott Murphy wins in NY-20


Congratulations to Congressman-elect Scott Murphy on his remarkable, come-from-behind victory. In this election, voters responded to Scott Murphy's record as a successful businessman who helped to create more than 1,000 jobs and his strong support for President Obama's economic recovery package.

In trying to win the NY-20 special election, the RNC, NRCC, and their Republican allies went all in on the losing gamble that voters would prefer their 'just say no' approach to President Obama's bold plans to get the economy back on track.

Scott Murphy's victory in this district where Republicans outnumber Democrats by more than 70,000 represents a rejection of the obstructionist agenda and scare tactics that have become the hallmark of House Republicans.

With his commitment to reaching across the aisle to help President Obama enact his agenda for change, Scott Murphy will be a tremendous asset to our Democratic Caucus.

I am grateful to President Obama, Vice President Biden, House Democratic Leaders, Governor Paterson, Senators Schumer and Gillibrand, the entire New York Congressional Delegation, and DNC Chairman Tim Kaine for their work on behalf of and support of Scott Murphy.

Recently, the governor of Texas made a public statement about his state's right to secede from the Union. Republican Presidential candidate Ron Paul backed him up, saying the idea of secession is one that merits legitimate debate.

I'd like to remind these secessionist that our country already had a "legitimate debate" about secession. It was called THE CIVIL WAR. And, oh yeah, YOU LOST.

This video does a nice job of mocking these bottom-feeders with irreverence and tongue-in-cheek fun. Enjoy!

Posted by adamabaum at 12:58 PM No comments:

As part of my desire to have a greater online presence and influence the political conversation in the blogosphere, I have began a new blog on the brand new political news site, pa2010.com, "your destination for Pennsylvania's big 2010 elections." I am hoping you will check out my blog, The In-Specter, which will chronicle the exciting primary between Arlen Specter and Pat Toomey for the Republican Senate seat, and then follow that same seat through the general election (though I guess the name will be less apt if Toomey edges out Specter!) I am hoping to continue to post personal stuff on this blog, but definitely check out pa2010 for a lot of the political work I will be doing for the next couple of years. Hope you all enjoy it!
Posted by adamabaum at 8:01 PM No comments:

Reformist Arab Writer: The Policy of Rejecting Normalization with Israel Is a Political Decision of Unmatched Stupidity


In an article posted March 26, 2009, in the Arab liberal e-journal Elaph, Jordanian-American author Dr. Shaker Al-Nabulsi criticized the Arab countries for rejecting normalization with Israel, in which, he argued they were motivated by negativism that is inculcated by self-serving political leaders into Arab mentality. Al-Nabulsi stated that it was Egypt and Jordan rather than Israel that benefited from their peace treaties with Israel, that Israel was disillusioned and disheartened by the Arabs' attitude towards it, and that it had no incentive to sign any more peace treaties with the Arabs.

I found this article to be a very interesting perspective from an Arab writer and would be interested in my reader's comments and thoughts on it. 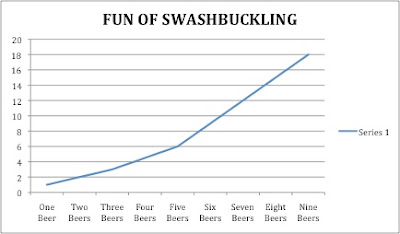 Dedicated to Andrew the Pearl
Posted by adamabaum at 11:14 AM No comments:

The Right Wing Fear Machine is going apoplectic over Obama. Watch Stewart put them in their place. Pure Genius!

Posted by adamabaum at 1:05 AM No comments:

With a historic ruling this morning, the Iowa Supreme Court has unanimously ruled to legalize gay marriage in the State. It becomes the fourth state in the Union to legalize gay marriages, and the first Midwestern State. As is often said in presidential politics, "as goes Iowa, so goes the nation." Hopefully, this is just one sign of a continuing trend of providing equality for gay and lesbian Americans in our national life.
Posted by adamabaum at 11:38 AM No comments:

It is appropriate that the House GOP unveiled their alternative budget on April Fool's Day, because it is truly a joke. This proposal calls for massive tax cuts for the wealthiest Americans, cutting their tax level from the mid to upper 30s to 25%, resulting in an over $300 billion loss in government revenue that would lead to massive cuts in government spending - the very last thing we need in a recession. Albert Einstein once said that Insanity is doing the same thing over and over again and expecting different results. The Republican party does not seem to understand this basic concept. It is their policies benefiting the very wealthy at the expense of most Americans, and their deregulation of the financial system, that has led to the very economic crisis we face. It is laughable at best and insane at worst for them to think the American people want to buy MORE OF THE SAME.
Posted by adamabaum at 4:47 PM No comments: