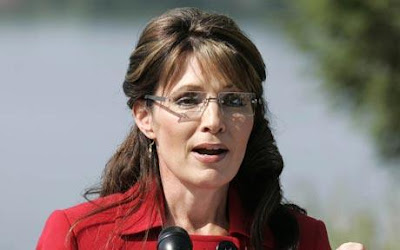 Now comes the speculation about why. Palin certainly seemed like a woman running from something, and the chattering class is already in a frenzy over what that something could be. I'll leave others to speculate on the true reason for Palin's resignation, and I suspect more information about this will reveal itself in the coming weeks. Personally, while others might celebrate the quick drop in Palin's presidential stock, I for one am saddened by the loss of this contender, if only because her nomination would have all but assured certain victory for President Obama in 2012. This intellectual lightweight is just the kind of political mosquito that Obama would crush in a presidential matchup. So, while others revel in the loss of Sarah Palin, I'm going to take a more mournful approach. So long, Sarah. I'm sorry to see you go.
Posted by adamabaum at 9:49 AM