Is This The Best Republicans Can Do? 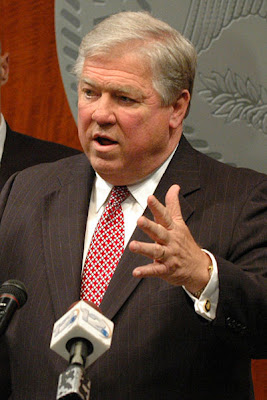 This fat old white man is actually being bandied about CNN as a possible contender for the 2012 Republican Presidential Nomination.

We all know that the Grand Old Party is dominated by cantankerous old clods - see Newt Gingrich and Rush Limbaugh - but does any Republican strategist really foresee a Mississippi Governor taking the Oval Office from President Barack Obama? I don't want to sound too cocky, but its stories like these which make me see two terms for Obama as preordained. Sure it would be a laugh riot to watch him smother Sarah Palin, but a victory over someone like Barbour would be a cakewalk. 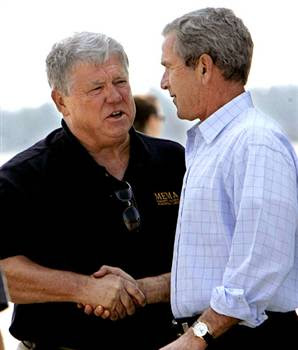 Go ahead, Republicans. Nominate this guy for President. I dare you.
Posted by adamabaum at 12:06 AM